The wind is howling, and the snow is gusting here in Sandwich, Massachusetts during the third Nor’easter in 2 weeks, which has threatened to dump 12-18 inches on Cape Cod.  But I am warm and comfy as I sit in my fleece pullover next to a roaring fire several hours after losing power.

When you lose power, you can’t work.  The rules are suspended.  You simply have to hang out with yourself.   You walk around the house, peer out the windows, watch the trees swaying and the snow flying.  You open the kitchen cabinets and plan some of the meals you will be eating without the stove or toaster oven in support.  But if you happen to have a fireplace or wood stove, the experience becomes quite enjoyable. 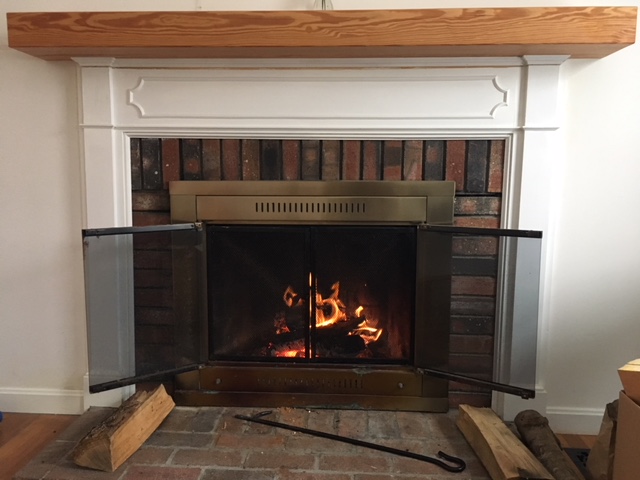 Watching and being warmed by a wood fire while snow is blowing outside is one of the life’s simple pleasures.  It is not all sitting around either, it is quite active work.  You have to tend the fire to make sure it has enough fuel to generate heat.  You need to poke it with a poker now and again to move the burning pieces around.  Then you need to replenish the wood, which in my case means going outside every few hours to bring a few loads in from the garage.  Just what I like, good physical work.

I am fortunate to have about one third of a cord of dry wood in my garage.  I came upon this wood at an estate sale in Kingston about 2 months ago.  Estate sales are great fun.  You can get good stuff cheap.  Unlike a retail store, you can haggle a bit and can often get the price reduced.  Unlike a yard sale, you can find some amazing items of excellent quality.  Like the solid pine farmers table that I am resting my elbows on as I write this post.  Found it in January at an estate sale in Sandwich.  Waited till noon and scooped it up for 30% of the price they were asking at 8AM, which was also a deal at that early hour, at least to me.  My daughter claims I knocked down a woman in my haste to get to the table when we returned for the discount at noon, but I know I only bumped her gently.  She didn’t appear to mind at all.   I smile every time I sit down at it now.  Not because of how little I paid, nor because I can still hear the guffaws of my daughter as we drove away accusing me of knocking down that woman.  I smile because of how perfectly it fits in my kitchen, and for how functional it is.  And because of all the family stories that were told around that gently scarred, heavily used kitchen table during its lifetime in someone else’s kitchen.

Back to Kingston.  So, at this estate sale in a main street home built in the early 1800’s, my daughter was trying to get me to buy a pair of lamps.  However, I was not feeling a connection and that is a new rule I have for outfitting my new digs.  I must feel a connection to anything that I bring into my new home.  My home is not new, but it is new to me and it is perfect.  It is small, bright and uncluttered.  All the walls are white and I am having a grand time purging the remnants of my former life as I settle into my new permanent space.  Back in Kingston, the friendly attendant even cut the price on the lamps without me asking, but I was not feeling it.

However, on the way out the door, I noticed a neat row of firewood; cut and split.  It was about 4 feet high and over 6 feet long.  A sign on it said $75.  I went inside to find the kind-hearted, deal-making attendant.  We haggled.  I got it for $60 (a steal considering the price of firewood in the northeast).  My daughter was incredulous, “You passed up those cute lamps to buy a bunch of wood?”  Ah, but it wasn’t just any wood.  It was dry, seasoned hardwood and I since I now have a fireplace, it was a perfect find.  We tossed it in my pickup truck, an activity itself that was a lot of fun.  Then we drove it home and stacked it in my garage where it would stay nice and dry and perfect for a powerless situation.  That is how I come to have a blazing fire several feet away from these perfectly warm fingers in an otherwise chilly house during a March blizzard on Cape Cod.

In addition to its primary function as a source of warmth and ambiance, my new fireplace has been a source of mystery and amusement.  You see, there is a male woodpecker who like to perch on the top of my chimney several times a day and smash his hard little beak many times per minute on the metal chimney cap covering the flue.   A second woodpecker, a female he is no doubt trying to impress, is never far away.  I know this because I have seen them both fly off in a great hurry each time I open the kitchen door to peer up at him as he is happily knocking himself senseless.  I am not pleased to admit that it took me several days to figure out the source of the staccato noise coming from my fireplace.  I won’t tell you what I thought it was.  But now as I sit here, stretching my limbs in front of this glorious fire, I am wondering where a pair of love sick woodpeckers go during a blizzard on Cape Cod.  Are they huddled together under a snowy pine bough in the woods behind my house or are they perhaps in separate nests in trees within sight of each other, keeping an eye out for each other, until the storm passes. 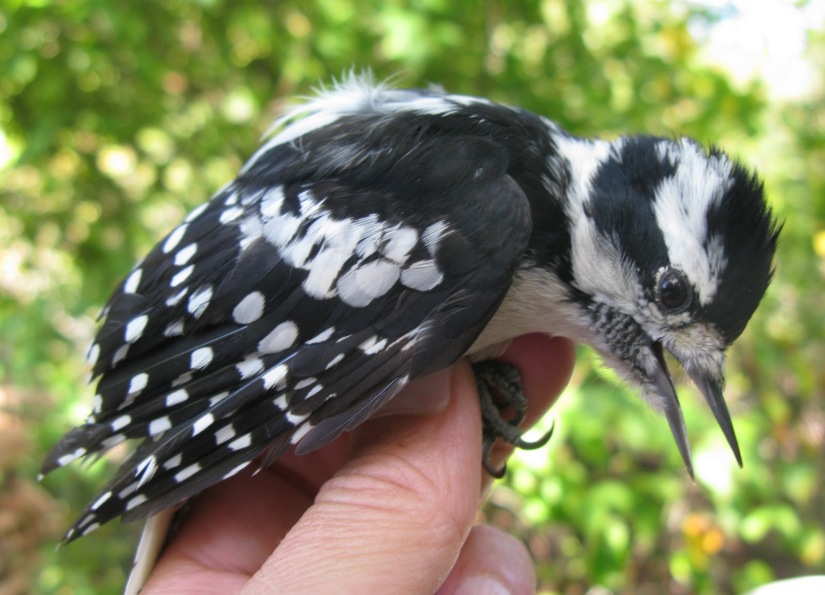 I never thought I would say this, but it will be nice to hear that staccato sound again a couple of days from now, when the sun is out and the snow has mostly melted, and I will smile to know that they survived the wild blizzard of March, 2018 on Cape Cod.

I am a nature artist and community arts practitioner. My art attempts to straddle the liminal zone, that interesting boundary between mindfulness, nature and art. View all posts by petecormier